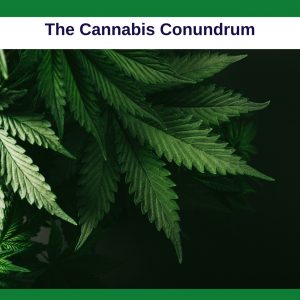 Written by: Courtney A. Mc Nish

So, I decided that, as my first article, priority should be given to treating with the amendments to the act which has now decriminalized the use of cannabis/ weed.

Many employers have questions and concerns about how it affects policy, health and safety and the
workplace.

On Thursday 8 November 2018, Newsday printed my_ article “Decriminalizing Weed”. No, I didn’t have any internal insight into government deliberations to determine this outcome. This amendment was expedient and follows other leading, first-world countries, including our fellow islanders.

I had envisioned that soon enough we would have to take the leap and step up, especially with the increased number of positive research outcomes about the healing aspects from the tetrahydrocannabinol (THC) and the cannabidiol CBD) compounds found in cannabis. So now, what considerations and changes must employers make when treating with cannabis use and detecting use/abuse in the workplace?

Policy! For the employers who have an alcohol and drug policy in place, they must first change the classification of marijuana from an  illegal drug to a prohibited substance. This means that the penalties prescribed for
its possession and use will have to be revisited.

For those Companies not guided by a written drug and alcohol policy,  I strongly advise that one should be provided, to guide procedure for disciplinary action, and to allow for explicit communication to employees on requirements, expectations and penalties etc. Employers are now tasked with understanding all  relevant implications of Cannabis.

Firstly, there is the distinction between decriminalization and legalization. When something is legalized then the law no longer plays any role in  use/possession/ distribution   etc. If you decriminalize something, it is no longer a criminal offense to do it but it may still have sanctions attached to the act.

The second implication is the complexities involved in  the standards of detection used for cannabis impairment, as
compared to alcohol. I have found that the amounts of THC the drug’s psychoactive component that impairs the user is at variance with alcohol.

Each drug has different molecule bases which affects our body’s metabolic rates of absorption differently. Cannabis molecules adhere to fatty tissue when smoked/inhaled’ while alcohol simply goes through the digestive system and is expelled at a much faster rate than cannabis. Further, the degree of cognitive impairment in relation to peak levels found during testing times differ significantly between drugs.

Cannabis detection levels can offer very misleading impairment results if similar parameters of alcohol detection are used to draw an impairment conclusion.According to some researchers, where cannabis is concerned, companies should move away from detection and look to performance measurement when testing for impairment, by testing
both mental and  physical discernment.

The other issue to be managed is discrimination against marijuana users. Employers may now be hard pressed to determine unsuitability when detection occurs during pre-employment medicals.

Decriminalization therefore would make termination of employment through detection much more challenging as it may be successfully argued that such decisions could be deemed as being harsh and oppressive. This is especially so since it is a proven fact that traces of marijuana can be detected through both urine and
blood samples for as much as 50 days after use.

1. A clear statement of purpose and why it is deemed necessary. This is usually to provide a safe working environment as required by the Occupational Safety and Health Act, 2004, Section 6. (1) which states, “It shall be the duty of
every employer to ensure, so far is reasonably practical, the safety, health and welfare at work of all employees.

2. It should therefore address what happens to an employee if he/she is found with, or found to have used or is
using a workplace prohibited substance.

3. How detection of suspicious/unusual behaviour is treated

4. It should address places where possession and use are prohibited

5. It must state who is authorized to approve and carry out testing and searching

6. It clarifies what is considered as a positive result, and what happens next

7.  It clearly states what the established disciplinary parameters is

8. It sets out any rehabilitation and assistance provisions.

If employers are required to provide a safe working environment for all employees, then routine drug testing
maybe made mandatory and all stakeholders share the responsibility of ensuring policy compliance. Therefore,
random drug testing on employees is an attempt to ensure safety for the worker, his/her co-workers and even the safety of the public-at-large (in the case of drivers) and even that of property (plant, equipment etc.).

This brings to mind the development around August 2019, when the OWTU supported workers’ protest because TCL
started mandatory breathalyzer testing for workers before entry to its plants. According to the Company it previously held consultations with the Union and employees were also adequately sensitized prior to the start of mandatory
testing.

It is my view that it is within a Company’s right and prerogative to determine under what conditions anyone would be allowed to enter its compound (possessing illegal items, firearms, state of intoxication etc). This is about protecting its employees, customers and the public-at-large. Such systems are also intended to safeguard the Company itself from liability through Common Law litigation and Trade Dispute claims.

It is therefore strongly recommended that supervisors and security personnel should be suitably trained, to detect
unusual behaviours associated with intoxication and cognitive impairment.

I know the research community is working feverishly on developing an effective method for  real-time quantitative testing of cannabis impairment. So for the sake of safety, we can only hope this breakthrough will happen soon and end our current cannabis conundrum.